AK on the Mind

Welp, it’s been a while. The season that never was led to a long summer off for the EVI crew. A snowy weekend across Colorado reminded us that a new season is just around the corner. Just in time, Matt put together an Alaska edit filled with footage from the EVI trip up North this past spring. Enjoy!

A Tale of Two Seasons

While half the crew enjoyed a second season in AK, the rest of us watched the snow melt as the mountain closed lift by lift, and ultimately, shut down last week for the 2012 season. Good riddance. For the past two months, I had been looking more forward to the sounds of sitars and Thievery Corp than the skiing. Armada Bubbas looking sad and lonely in the corner, maybe next year, friends.

The little bit of last second snow was almost a cruel joke, just covering up fallen trees and dirt patches long enough to get a couple final runs in. And honestly, the first few hours of closing day were some of the best of the year, as sad as that sounds. Why I’m even writing about a 7 inch powder day, I don’t know…other than to summarize the bookend season we had. If last year was the best of times, this was surely the worst of times. Seeing what EV could be on both ends of the precipitation scale told a tale of two seasons.

If anything, a good year to test your snow science skills. If you had none, it was a good year to get some. Silverton Avy School, et al. earned their keep this year, with plenty of examples to show would be snow gurus. EV dictated same, with what seemed like a slide a day. Fortunately, only a few serious injuries in Mushie and no deaths in EV. The rest of Colorado and the ski world as a whole wasn’t as lucky. A constant reminder in skiing, where the crossroads of freewill and inherent risk intersect.

Waxing philosophic aside, a pile of bones was about all that was left to poke at here in Vail. Full on summer now, so enjoy the off season. Get strong, train, ride your bike, go hike, get on the river, get swole, get ready for what will hopefully be a better season next year. If not there’s always the great white North. AK on the mind…see you next year. 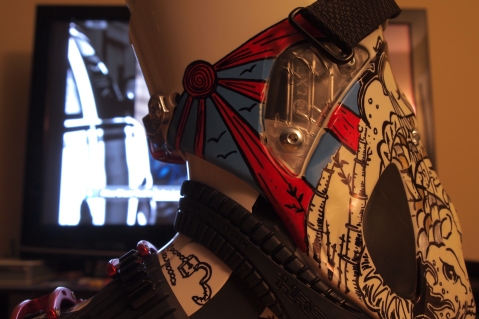 New snow, back to summer break on Wednesday. Some shots of a recent EVId project. Get some!

“In the eyes of many Afghans, only manly men can be leaders. And all manly men have beards. Thus leadership starts with facial fair. Plus, the beards look awesome.”

With Vail quickly moving into bike season, its time to get yo AK beard on. 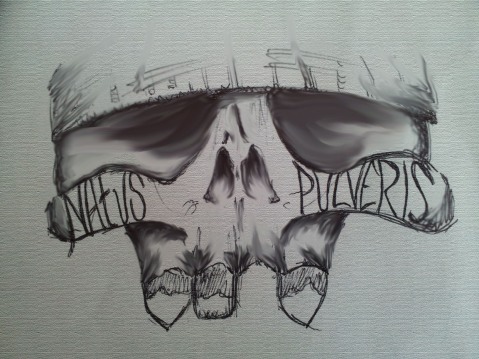 Featured in ODD’s post from the other day…a track from a small mouse enters from the right only to have a life changing event occur courtesy of a bird of prey.  The lesson here: be the hawk.  You never know when you’re gonna get caught.

As the world turns…

Wanted to clear something up about the I in EVI.  Last year, we started this site with the intent of posting about our experiences in EV.  Doing the avalanche education thing a little bit differently.  There would be some hype videos with music to get the kids involved, maybe even interested in something besides hucking 100ft cliffs into bottomless pow without repercussion.  They come for the movies, and stay for what little information we can impart.  Maybe it would take something more than a danger rose to get people to really look at the aspects they were skiing and comprehend the associated risks involved.

We looked at the CAIC and saw a great resource that helps a lot of people, but then asked ourselves if every aspect in a zone as large as summit / vail could be covered in a daily report less than a page long.  Maybe something more was necessary…on the ground observations BEFORE the slides happened.  These reports came via skiing the lines, with a little side story, a little experience, maybe some attitude and opinion.

So, what then.  Little did we know, but 2011 was a special year. A lot of terrain opened up in the EV zone that in most years, you couldn’t access.  Lines that are usually un-skiable became viable.  Drop a cornice, straight-line the run, out you go, no problems…no slides…no worries.  It was done by numerous people on numerous days.  Some of it was even put on video.  While none of this is proof positive in itself of safe terrain, there wasn’t much for us to report last year except good times.  This year sure ain’t the same.

2012 rolls around and those same lines are no where to be found.  The snow is touchy.  Step in the wrong place and trigger something that runs to the flats.  Circa December 2011, EVI is sitting on a bunch of material that makes EV look like candyland…bottomless pow, big lines, no consequences.  That isn’t the case anymore.  We think, maybe we have a responsibility now to explain the other half of the equation.  An evolution of our mission.  Now that we have an audience, it’s time to dig the pits, to explore the zone, and point out the dangers.

And, that’s what we’ve been doing…in our own way.  This isn’t snow dork academy.  In fact, the “institute”  in our name is satire.  It’s a bit of parody, much like the “research” being done on Teton’s Gravity.  Anyone reading our name, taking everything we say at face value, thinking they have a level III avalanche cert and then going into the EV zone is insane.  Crazier than a solo ski cut in Old Man’s (more on this). That clear enough?  We aren’t a school, we don’t grant degrees, you won’t meet any coeds in EV, nothin.

That said, we took some criticism for ONE single post among 80…a ski cut.  An intended maneuver resulting in an intended effect.  Completely discredited.  1,400 runs in EV over 14 years and the knowledge gained from it…gone.  Poof.  Irrelevant.  That post is now gone, not wanting anyone reading this blog to take it as a recommendation to repeat.

I encourage anyone hating on that post to take a look at the rest of the blog.  Anything from the 2011 – 2012 season should echo the CAIC reports from the same period.  The on the ground reports and warnings often exceeded the “considerable” rating made public by the CAIC.  Take them for what they are worth and what they are…on the ground reports.  If you want to dig your own pits, you should.  We encourage that.  In fact, let us know what you find.  If you don’t want to ski Old Man’s during high avalanche danger, then don’t.  The beauty and freedom in back country skiing is just that.

Over the last few weeks, we’ve seen a pretty steep rise in the number of visits to the site, which is great. It has occurred to us through a few recent comments that perhaps it’s time to restate what we’re all about, and not about, at EVI.

Our goal has always been to promote back country safety and improve the quality of riders in the zone. If we’re doing a disservice to EV users by encouraging proper equipment use and issuing warnings during questionable snow conditions, color us confused. While the majority of the feedback has been positive, from the beginning, we’ve realized the possibility of blowback was there.

There will be people who feel like we’re opening Pandora’s box. Like we’re stealing their kool-aid. Like we’re running tours out to EV with Japanese tourists wearing Mickey mouse backpacks. Well, we’re not.

At the end of the day, 200+ people are using EV on a daily basis. If you think EV is a secret, you’re living in candy land. If anyone thinks we are solely responsible for the increase in EV use, thanks. That’s flattering, but we’d be happy to share our site metrics with anyone who asks…we simply don’t have that kind of reach.

There are numerous other factors at work accounting for the increase in use of EV terrain which we all see on a daily basis (read: side country / back country marketing from the ski media). It seems that anyone these days can be an expert by purchasing skins, taking a CPR class, and heading out past Chair 21. These folks will be back there whether EVI exists or not. If they have some semblance of back country education, we’re all in a better position.

At the end of the day, we have always considered ourselves as a supplement to the CAIC and an on the ground reporting tool trusted by those who frequent the zone and know the ever changing snow conditions. Certainly, keeping the EV zone a place that everyone can enjoy is a paramount concern for us all.

Hopefully, this clears up some confusion. From here on out, any comments about the site, or about us, can be directed here. We welcome cogent comments that contribute to the discussion, even criticism of our methods, so long as the argument is supported with fact, not opinion. Outright inflammatory statements about our users or us probably won’t be posted. It just clutters the site and detracts from what we’re trying to promote.

Going forward, we hope this clears some things up. If you still hate us, move along…hopefully the guy above you has done his homework.

From Russia with love

Lots of on the ground reports lately…but we recently came across a more forward looking snow/weather report. Via the caic Facebook page, this very scientific look at the changing weather pattern appears promising. Read the details here: http://bit.ly/xair18

In short, it looks like what we’ve been predicting…a change around January 15 for the better. Colder temps and more northwesterly snow flows headed our way…or so we hope. Either way, worth a wade through the scientific talk to learn a bit more about our weather pattern this year. From Russia with love.

A historic shift at this point in the season would be great. Here’s to a February where we don’t see the sun.