Hey all,
Took a few days off from ev waiting for the reset button to be hit. Big J and I took the opportunity to head up bighorn trail to the cabin. The day was bluebird, calm and April warm, perfect for skinning up.

The terrain in the drainage was spectacular, west facing alpine and filled in nicely. We saw some folks teeing it up early on the hike. No observed naturals anywhere and no activity from the bold skittles sending it. John and I were both enlightened to say the least at the possibilities for skiing big lines up to and around the cabin. The Gore with good snow is simply amazing.

After getting to the cabin we decided to head up above the cabin to check out terrain and snow. We stopped at about 11800 and dug a pit before we crossed a 34 degree W facing slope. Total depth was 230 cm. Got a CT25 with a q2 shear at 60cm. CTN for the rest of the column. Top 10 cm windblown soft onto of fist destiny snow, gradually turning to four finger of settled snow around 110 cm. Didn’t see any significant crust, ice or hoar layers and nicely homogeneous snow pack for Colorado. Pulling on the column with a shovel blade produced a second shear at 200cm, q2 little pop and failing on faceting old storm snow. 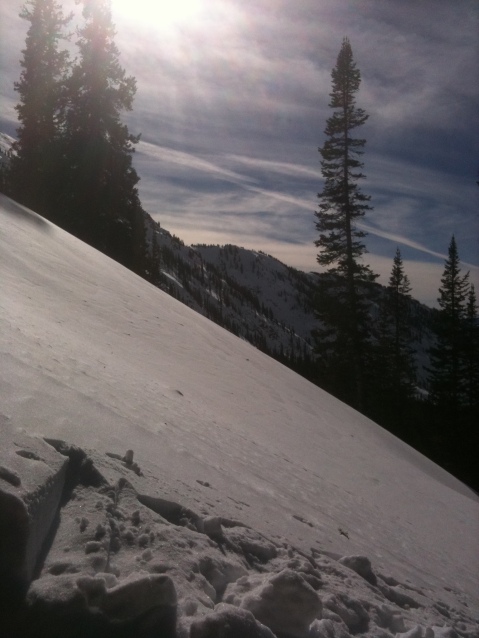 Suprised at the pit, actually with no layers of doom present and the snowpack layering right side up so far, soft to firm with no significant temperature gradient. Game on. We crossed the slope and headed back towards home. Planning on returning with some time to stay at the cabin and tee it up this spring. Awesome day and pleasantly suprised with moderate stability. 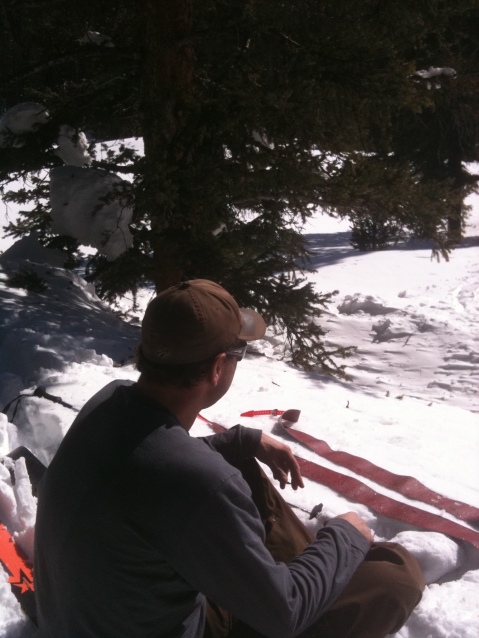